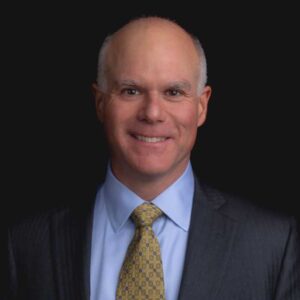 Adam Gordon has been in private practice since 1993. Mr. Gordon represents clients on international trade and customs matters, and has extensive experience representing clients on legislative and regulatory affairs matters.

Before founding The Bristol Group in 2015, Mr. Gordon was a partner at Picard, Kentz & Rowe and Wiley Rein, LLP, where he served on the Business Development Committee and the Diversity Committees. Mr. Gordon also is a Deacon, Lay Liturgist and member of the Personnel Board of the Rock Spring United Church of Christ.

In April 2019, Mrs. Smith was appointed to the U.S. NAFTA Chapter 19 Roster of Panelists to hear disputes under the trade remedy laws.

Mrs. Smith frequently writes articles and speaks at conferences and on webinars regarding international trade and import/export compliance issues. She is a Co-Vice Chair of the Federal Circuit Bar Association International Trade Committee and a member of the Georgetown University Law Center International Trade Update Advisory Board.

During law school, Mrs. Smith served as an Articles Editor on The Georgetown Law Journal.

United States Court of Appeals for the Federal Circuit

United States District Court for the District of Columbia

Matthew Renkey has a wealth of experience in the administration of antidumping (both market and non-market economy) and countervailing duty trade remedy cases. Before joining the Bristol Group, Mr. Renkey worked for over 20 years at the U.S. Department of Commerce and was responsible for conducting all aspects of each case (calculations, writing positions, conducting on-site verification, briefing senior officials), and authored numerous official decision memoranda and Federal Register notices. The cases on which Mr. Renkey worked ran the gamut of industries, from steel, aluminum, and chemicals, to consumer products and foodstuffs.

United States Court of Appeals for the Federal Circuit

United States Court of Appeals for the Seventh Circuit

We welcome the opportunity to answer any questions that you have, or simply to better explain what we do and how we do it.
We can also be reached at (202) 991-2700.